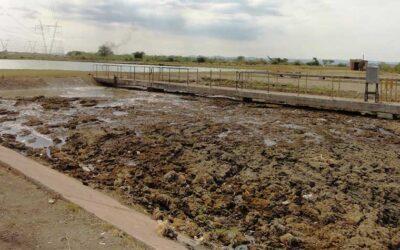 The Origins of Infectious Disease

Want to create a breeding ground for disease? Nothing could be better than a Controlled Animal Feeding Operation (CAFO). COVID 19 is a zoonotic disease, meaning it originated from animals and host hops to humans.

Zoonotic diseases are dangerous because they are “novel” to our immune system. The Spanish Flu was zoonotic. In 1918 there was a regular flu that nobody got very sick from. Regular flu is now endemic to most of the world. It mutates but we have some immunity, both herd and personal. 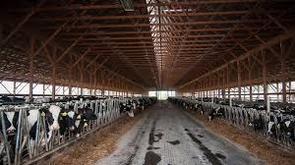 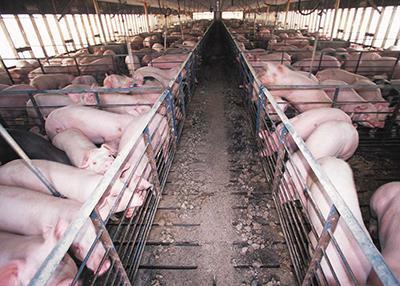 Billions of animals are forced into existence and packed into concentrated feeding operations. Their living conditions are so detrimental to their health they require excessive use of antibiotics and antivirals to stay alive.

Nothing like close quartered animal husbandry to breed these bugs. The animals get sick and pass it to each other. Consequently the vast majority of antibiotics are used on the animals, not people, and thereby makes the perfect breeding ground for antimicrobial resistant super bugs.

Livestock waste, loaded with these microorganisms, is dumped into anaerobic lagoons (waste lakes). This invariably seeps into our water supply which is how you get bowel bugs like E. coli showing up on vegetables like Romaine.

Besides being insanely cruel and dirty, animal agriculture is also biggest culprit of deforestation which changes habitats for bats and other wild animals. While we force more animals into existence we are bringing wild animals closer as we encroach on their space.

Calling this the “China Virus” is a real problem because all blame goes to one country. However, throughout the this has happened before in other countries and the next pandemic could easily start here. I hope we learn something from this before it's too late.

The Dunning Kruger effect is alive and well as usual on social media. Hearing people say that media is over hyping, people aren’t really dying, it’s just old people (as if that excuses anything), it’s a hoax, etc..

At the beginning I was concerned but not overly. I remain optimistic about the plans that have been set and the global cooperation with social distancing and quarantines. That being said, this was worse than even I thought and as of March 21st we really are at the beginning.

Hearing from colleagues on the front lines and they are getting slammed. Running out of supplies. Easy to think everything is fine when you are sitting at home watching Netflix. Fact is that this is NOT the flu.

COVID-19 has a higher R0 and higher mortality AND it is affecting young, healthy people too. Just heard about a cardiologist and 2 fellows that are now very sick in ICU in NYC.

Some say, look at China, their curve is flattening. Problem is, this has become a political hot potato and to look good I wouldn’t put it past them to fudge the numbers. Even if they are flattening we certainly are not.

Bottom line, as if you haven’t heard it a thousand times, soldier on and follow the rules. This too shall pass.

The Economy Versus the Vulnerable

Getting fitted for my protective gear. I have been very impressed with my hospital’s prep for the inevitable. 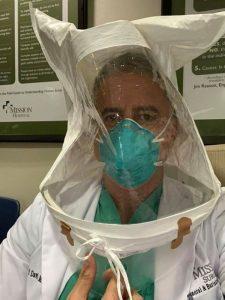 The national conversation is shifting to this very dark ethical question of whether it is worth it to sacrifice our economy to save elderly. This is soooo wrong on so many levels.

Yes death rate is low. Yes, there is new evidence that many people have asymptomatic infections. BUT this disease does not discriminate on age. The elderly are more likely to succumb BUT this virus is causing many younger people to get extremely sick and need ICU care.

As of March 16th 35% of hospital admissions were for COVID and 36% of ICU admissions were between ages 45-64. Most will survive but the issue here is whether we have the capacity to handle so many sick people in an ICU.

Letting old people die (can’t believe that has become an option) will not take away from the fact that our ICU’s are inundated. Young people are not safe from severe infection and post infection sequel.

I don’t want to add to the fear. I just want to point out that restrictions aren’t just for elderly. It also won’t completely eliminate disease. It will give us a chance to lower death rate and avoid unnecessary exposure for health care workers that would keep them from doing other important jobs.

Why Young People are Getting Sick Too

SARS-CoV-2 (i.e. the COVID or Novel Coronavirus) is not just a disease of the elderly. Many people think that they eat healthy, or take supplements, and are therefore immune to infection or believe they have such a strong immune system that they will kill the virus. Unfortunately, a really strong immune response may be exactly what is making some young people get very sick.

You have to understand that these people getting severe lung inflammation are not actually getting it from the virus but rather it is a result of the body vigorously attacking the virus. This has been very typical of other zoonotic viruses. They are very “novel” to our body.

So the virus is the first domino in a long line of dominoes that lead to lung inflammation resulting in Acute Respiratory Distress Syndrome (ARDS). I am not posting this to make people scared. I just think the media is under reporting the number of young people that have gotten very sick and that are being saved by using valuable resources such as ventilators. We saw this same effect with swine flu and avian flu. As we make policy we need to be hyper aware that just isolating elderly will not provide much help.

The R0 of this virus is more than we thought. Death rate may be lower but more people are ending up on ventilators. Will this become endemic? Will it go away? We don’t know. Everything is speculation.

For now, let’s adapt and get ready for new norms, such as seeing your doc on line. Certainly convenient, great for environment and city congestion. We can’t do it for everything but it is a great adaptation for the current situation and probably will become the new norm.

Miss giving my patients a hug but you can still connect on line. Thankful that Mission Health is jumping on this.

One of my colleagues in Houston has begun wearing his picture on the front of his protective gear. This seems to be catching on around the country. I love this.

The physician-patient relationship usually thrives from touch and personal connection. Can you imagine these poor patients sick in a sterile hospital room where family can’t visit? And then the only contact they have are heavily gowned and masked people that must look like aliens to them. Must be like a horror movie, with no touch or real personal connection.

The smiling pics show them that their doctor is a real person they can relate to. The smile must be reassuring. Touché @joevaron and all the physicians, nurses, and other ancillary team members on the front line truly caring for these patients and striving to relate to patients in these scary times.

A Chance for a Silver Lining

If there is a silver lining in the COVID19 infection I think it is the amazing response from both private and public sector. Not sure I have ever seen businesses and government act with more concern for public safety than for immediate economic interest.

Hospitals have been mobilizing and adapting quickly. You won’t believe this, but I thought Trump did well last night, March 11th. Yes, he is late to the game. Yes, I could do without the criticisms of allies and the “we are the greatest” rhetoric, but the plan set in place will work.

The financial protections for small businesses are crucial to keeping people from going to work when they are sick. Trump obviously is taking this seriously.

This virus was not unexpected. Sylvia Browne was not psychic in predicting it. Our crowded lives, dirty animal agriculture, and poor sanitary habits are a perfect storm for new viruses (and future drug resistant bugs).

My hope is that we learn that we can be innovative and we can work together despite political differences to face these challenges and overcome. I think the country’s response from the NBA to the travel bans will help control spread. It won’t eliminate it by any means but will contain.

I also think that individuals washing hands and not walking around sick will be crucial. I actually saw people wiping down equipment at the gym!

People on line are either acting hysterical, like life is over, or they are acting like this is all an over-hyped scam. I’m not an expert at all but I think neither are right.

This is a serious infection but we can control it with a combination of government and private sector innovation and participation. Hopefully we come out better prepared for the next crisis. 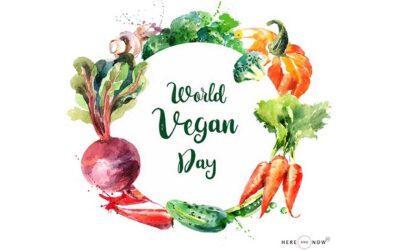